THE LADY OF SHALOTT

‘… With a steady stony glance—Like some bold seer in a trance, Beholding all his own mischance, Mute, with a glassy countenance— She look’d down to Camelot. It was the closing of the day: She loos’d the chain, and down she lay; The broad stream bore her far away, The Lady of Shalott…’

-The Lady of Shalott by Alfred, Lord Tennyson 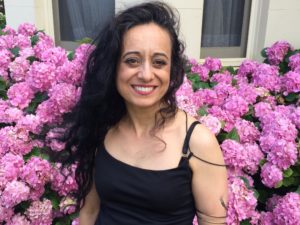 Annie Blake is an Australian writer and divergent thinker. She is a wife and mother of five children. She started school as an EAL student and was raised and continues to live in a multicultural and industrial location in the West of Melbourne. Her research aims to exfoliate branches of psychoanalysis and metaphysics. She is currently focusing on in medias res and art house writing. She enjoys semiotics and exploring the surreal and phantasmagorical nature of unconscious material. Her work is best understood when interpreting them like dreams. She is a member of the C.G. Jung Society of Melbourne. You can visit her on annieblakethegatherer.blogspot.com.au and on facebook.