prolegomena toward a non-place

elegy for object, seed & the in-root

that’s one school of

attached shaking trunk up the branches, reach the

you I tell them you aren’t alone in 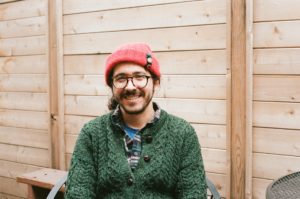 Steven Lazarov writes in Chicago. He will usually take the pancakes instead of the toast. His work has appeared in some other locations. Enter a line wherever you can. Socialism will win.