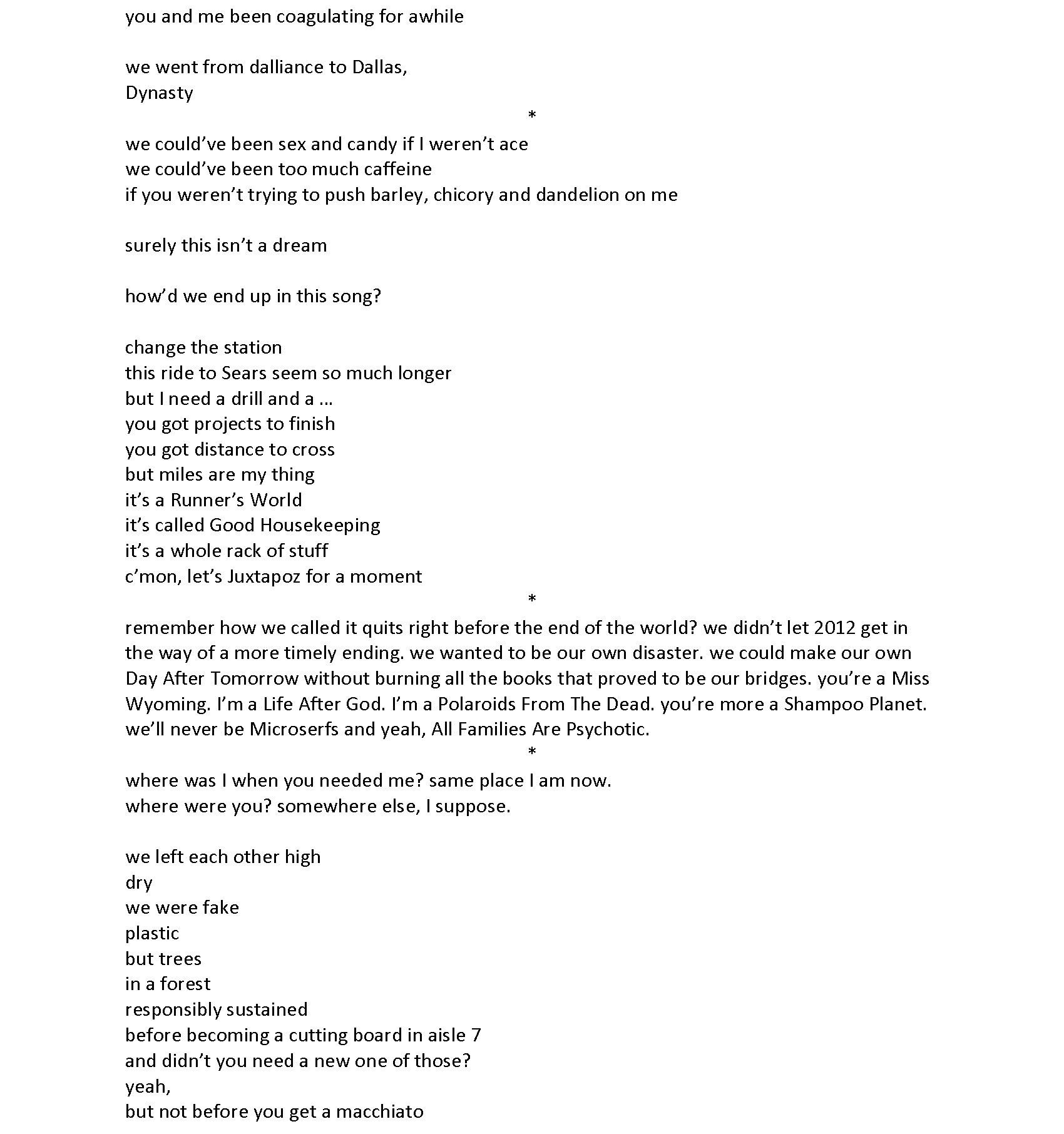 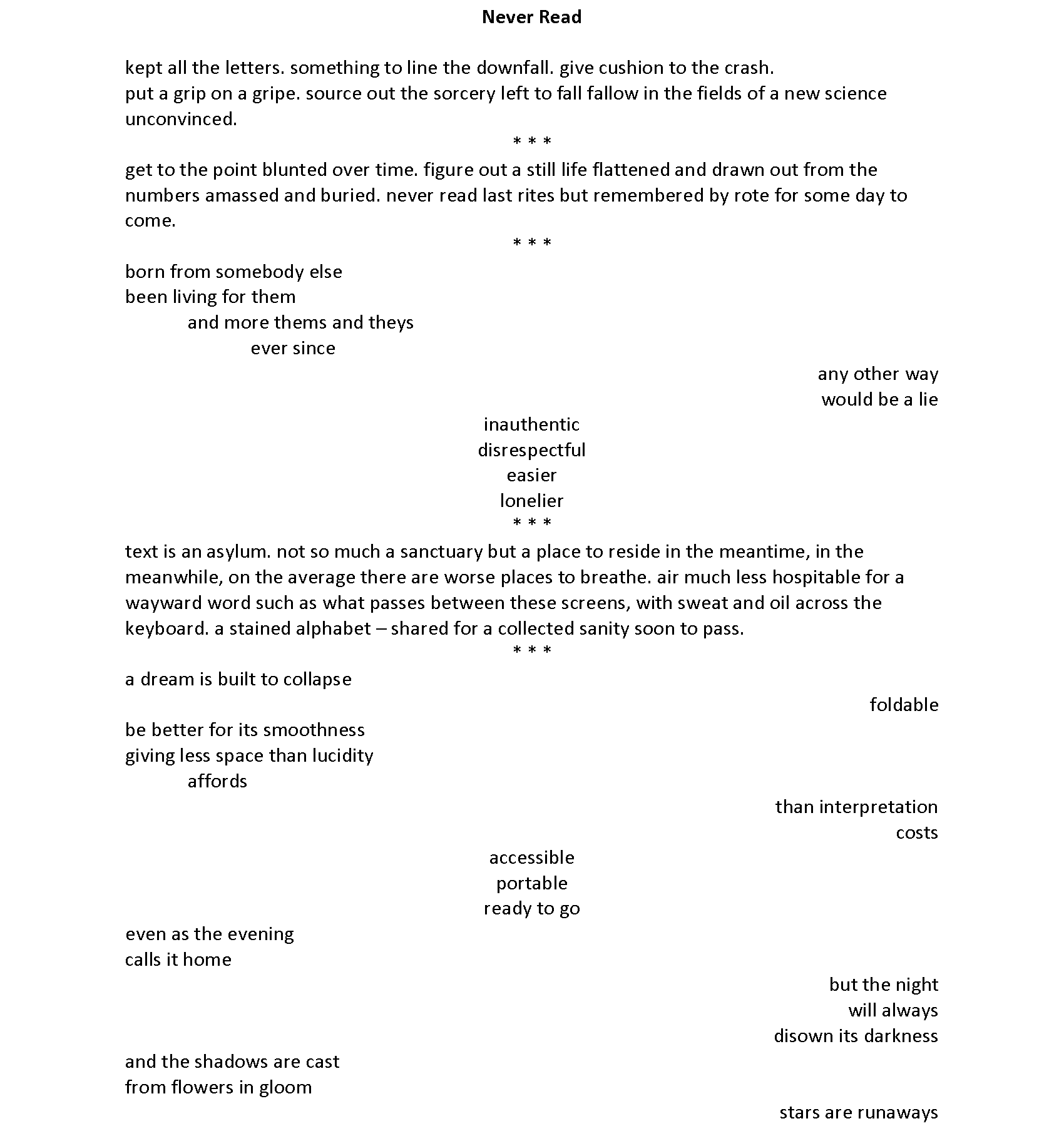 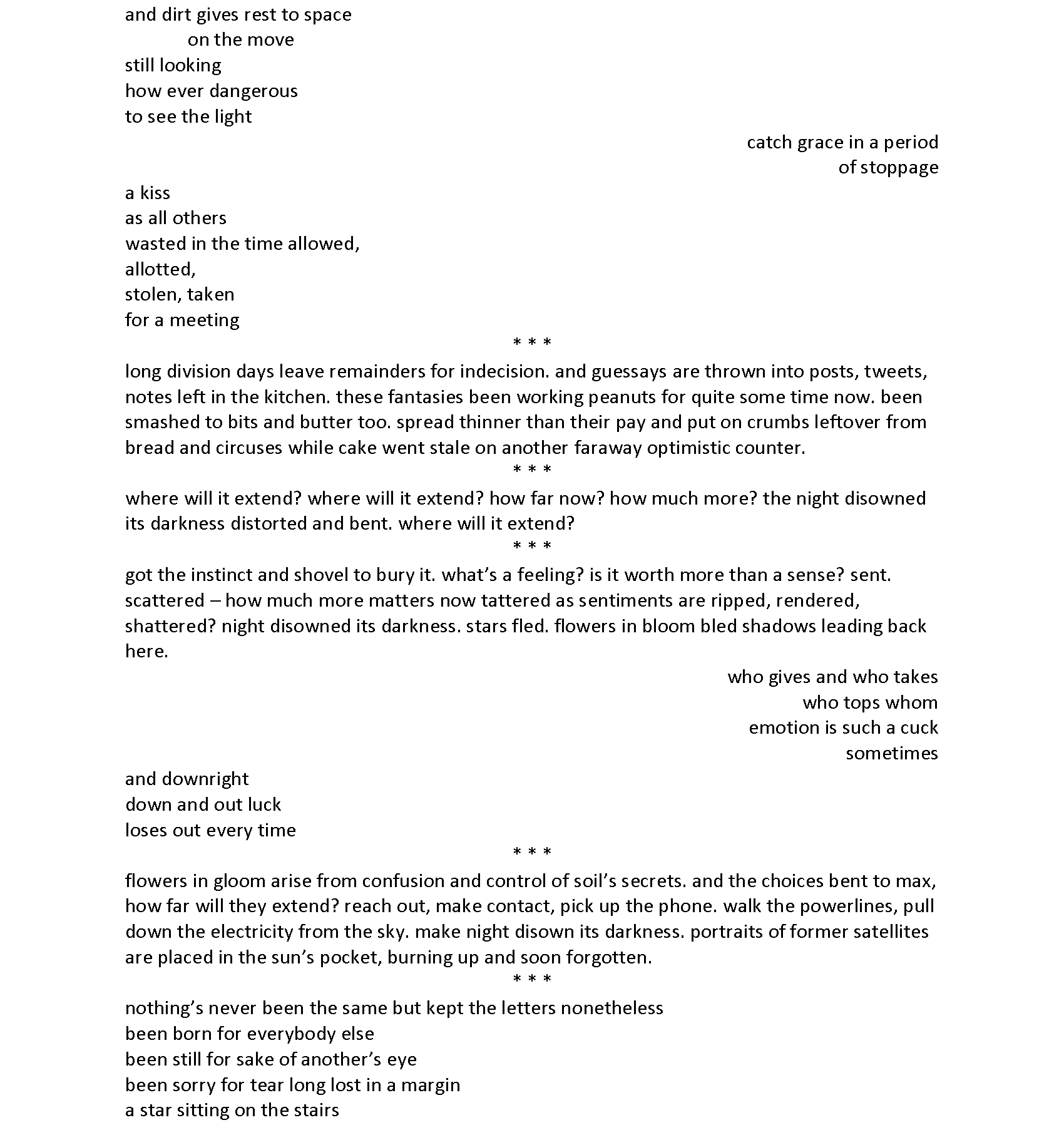 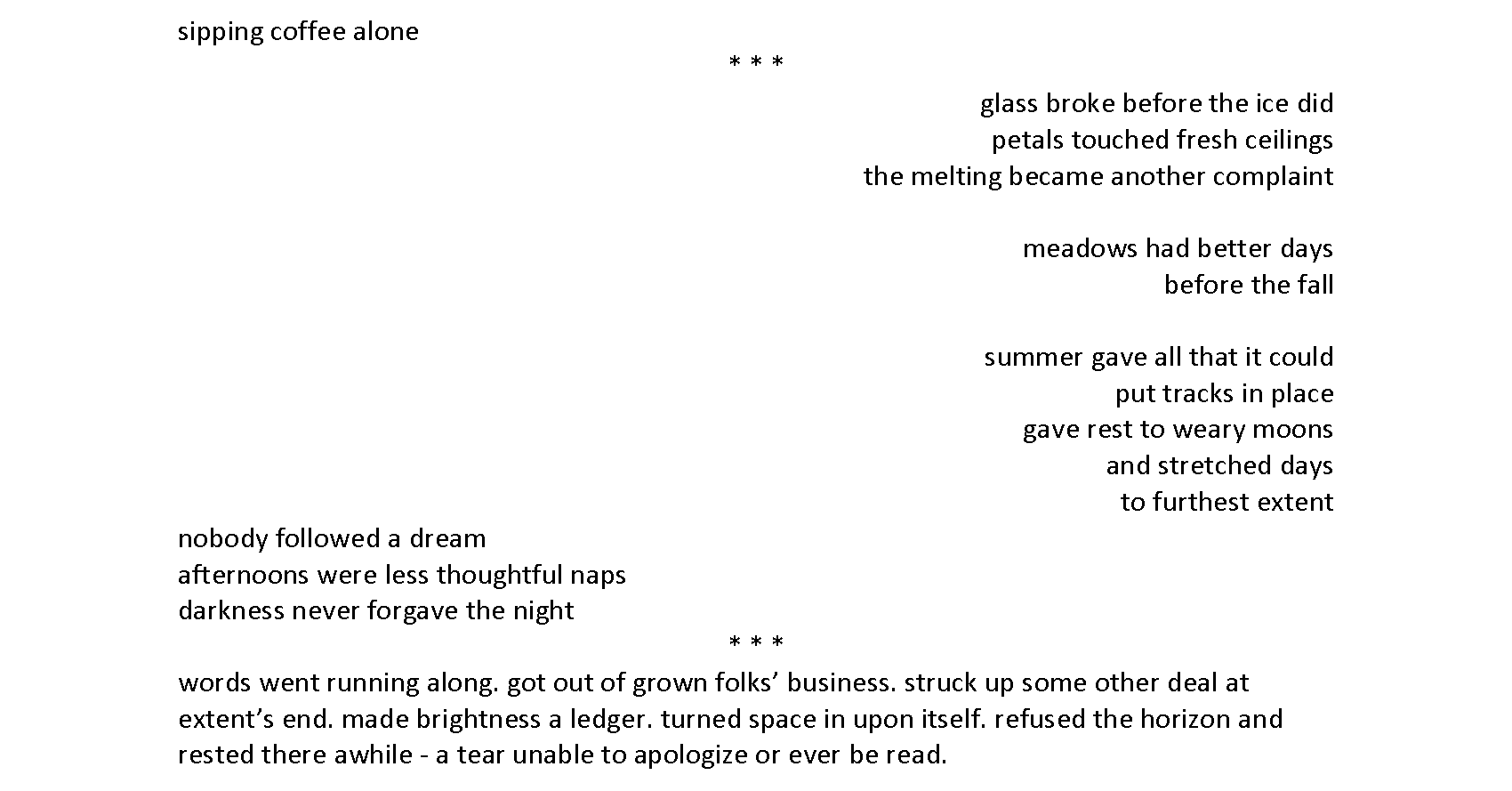 Kenning JP García is the author of So This Is Story (Shirt Pocket Press), They Say (West Vine Press) and Playing Dead. Kenning is neither man nor myth but enjoys a good origin story. So, Brooklyn is where xe began and Albany is where xe hopes not to end although endings do not frighten Kenning. Endings are merely a gateway to upgrades, sequels, and remastered re-releases. In the time between the initial and the impending, Kenning writes chronicles, humor and lyrical narratives. Long live the sentimental.