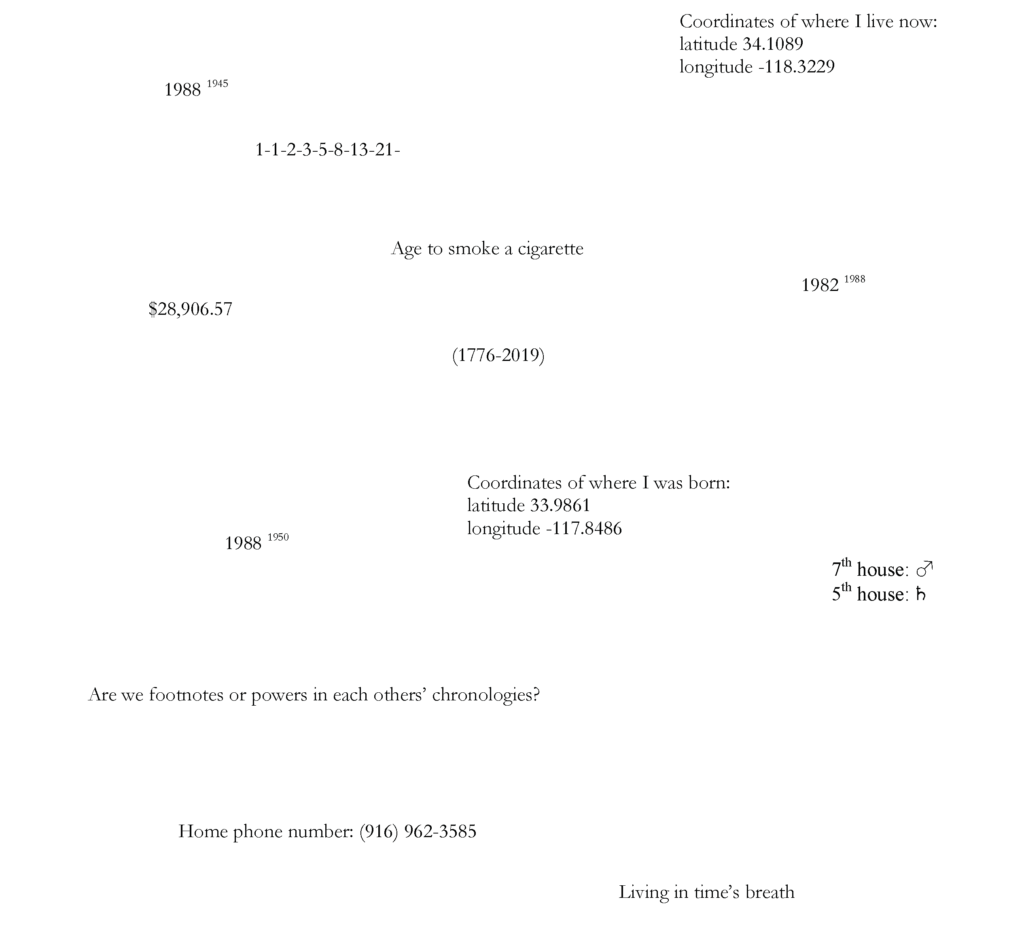 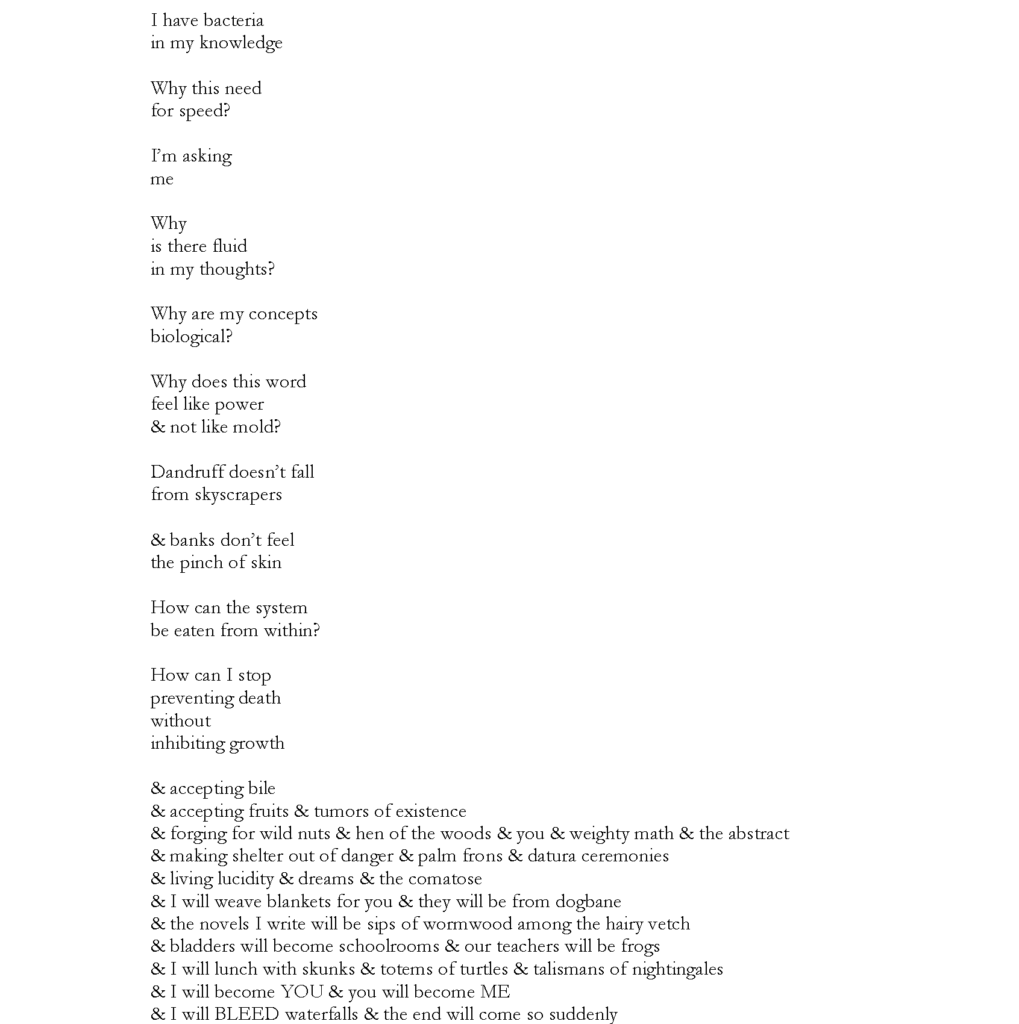 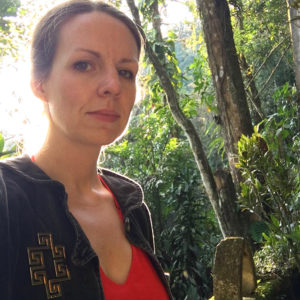 Laura Paul is a writer living in Los Angeles. Previously, her work has been published by the Brooklyn Rail, Coffin Bell Journal, Entropy Magazine, FIVE:2:ONE, Luna Luna Magazine, Shirley Magazine, and featured at the West Hollywood Book Fair and Los Angeles Zine Fair. She is the author of Entropy Magazine’s monthly Stars to Stories astrology column. She was raised in Sacramento, earned her B.A. from the University of Washington, Seattle, and her Master’s from UCLA where she was the recipient of the 2011 Gilbert Cates Fellowship.