Ricky said he would buy me a horse but didn’t say he would help take care of it, so I’m not sure how to respond. I know the girl two girlfriends ago fell off and he wasn’t sure of her recovery. This was something I did not like to think about, so thought about it often and it was distracting to my own decision-making involving the possibility of my own horse.

Maybe I would enjoy the brushing, the tedious acts of tacking and taking down. I had witnessed this ritual before and wondered at the boredom. Surely this is a boring thing. There are already so many things to tend in this world I couldn’t fathom adding another. This logic did not stop me from trusting in the pullout method with Ricky, though. It felt exciting knowing that at any moment I could be saddled with a horse of my own and made to care for it even though this was a thing I did not currently want.

I liked to think about this so thought about it rarely. Though I was a grown woman I found that my practices had grown quite irresponsible. I would not want my child on a horse and it seemed both the child and the horse were likely to manifest together. I did not know which aspect of my ritual to saddle in order to avoid a decision since decisions are made in one’s stead and by default.

There was a lesson in all of this but I couldn’t see clearly ahead for the helmet I wore. Ricky thought me overly cautious for wearing it. He looked at me when I put it on and laughed. I couldn’t tell what type his laughter was, though I suppose this was a characteristic of a certain kind. It seemed like just yesterday I was a brown horse eating in the rain, the shuffle over grass to find other grass. In the moments I felt this I was always afraid of the feeling.

WAITING FOR THE KILL

Does the impulse to eat the appetizer stem from the very practical method we had once, where we would eat a little bit right away to quiet yet tease the hunger we had carried into the run, saving the feast for later, for after we had carved into the animals and gathered tired yet alive together, and if so, what do onion rings have to do with this, this noble arranging of habit and restriction. In a way, it seems very sad to order those onion rings, you should probably think of not ordering them. You use so much ketchup I’m starting to wonder if I like you anymore. I’m starting to wonder a lot of things about you and all of them are unpleasant. Every motion you make is tinged with something unfamiliar in a way that is almost derogatory. There is a devil on my shoulders and he too hates onion rings. He hates how the onion will often slip out on the first bite and how reassembling then becomes necessary. When he eats onion rings he eats them whole so as to avoid this problem. He opens his mouth into a large O in order to match the shape of the ring. He barely chews before swallowing. He knows how to eat onion rings. He doesn’t use any ketchup but he likes for me to use it. 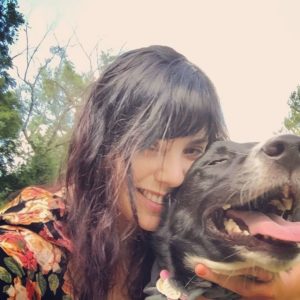