The day after he went blind, R’ Bunim visited R’ Fishel, who was known to perform miracle cures. R’ Fishel told him, “Entrust yourself to my care. I shall restore your light.” “That’s not necessary,” replied R’ Bunim. “I see what I need to see.”

Joshua Boettiger was driven from the world of men and lived seven years like a beast of the field. He grazed on ladino clover and alfalfa, his back each morning drenched with dew.  He swore that he would change.

Joshua Boettiger is the drink of a man eleven months sober.

Joshua Boettiger is like a rabbit thumping its hind leg, calling its fears forward. Joshua Boettiger is afraid of the dark and makes a god out of every nightlight. He learned how to still the fear, but then the love stopped moving, too.

But don’t pity Joshua Boettiger. He knows the not-knowing is not-honored. 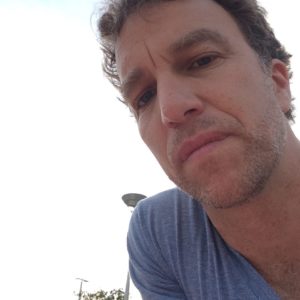 Joshua Boettiger lives in Ashland, Oregon. His poems and essays have appeared in Parabola, San Pedro River Review, Verseweavers, and elsewhere, and he is a contributing author to the forthcoming anthology, Neither Here Nor There: The Many Voices of Liminality.