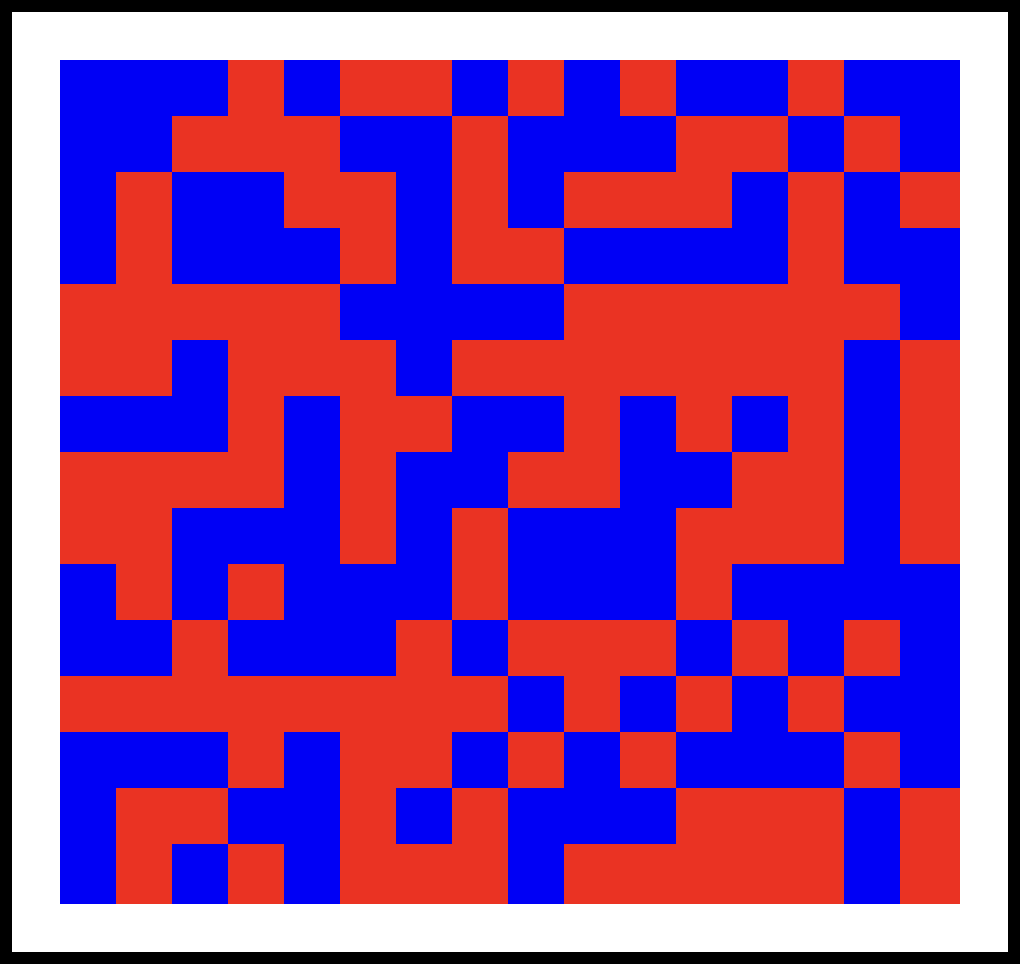 I have composed a number of works in this style: First, the poem (text included below) is written so that each line has an equal number of characters, including spaces and punctuation (though this work has neither). Each character is converted into a 2-across-by-3-down grid of squares and is color coded to mirror the pattern of raised dots (blue squares) and un-raised spaces (red) that comprise Braille. The final product is meant to be visually compelling, not a needlessly frustrating exercise of reverse translation. While, technically, a patient reader could “translate” the work back into the original text, my intention is for the visual art to be experienced as its own work, the poem hidden within it another layer, but not necessary for a “full” experience of the work itself.

That said, I am happy to include below the actual text used for the creation of the work:

Greg Hill is a poet and adjunct professor of English in West Hartford, Connecticut. His work has appeared in Pioneertown, Cheap Pop, Past Ten, Atlas and Alice, and elsewhere and he has an MFA in Writing from Vermont College of Fine Arts. In the free time afforded to a father of three young girls, he experiments with composing music for piano using cryptographic constraints. Twitter: @PrimeArepo. Website: https://www.gregjhill.com.