and they are closing in

I do not attempt a guess as to what their motives may be
but I suspect they hide secrets under the grass, giant
mounds of slinking treasure

To trust the hunchback of Earth, the place where shadows
find rest

I do not understand

And I know you see the fear in my eyes coming over your curved spine, not knowing a damn
thing about the other side

Make a fool of me

I know you will 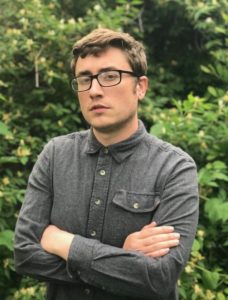 Dante Novario lives in Louisville, KY where he works as a behavior therapist with special needs individuals. His work has appeared in The Ariel Magazine. He previously studied at Bellarmine University where he once drank wine with the Kentucky Poet Laureate. He can be reached at dnovario01@gmail.com.