The Edifying of Itself in Love

Gabba gabba hey, I never knew I love parades until my psychic was all Footsie, you love a parade. The coconut COOLATTA
oozes overtop an historic re-enactment of The COOLATTAs. Topkapı, colorform tea leaf, iboga. For whom, post-factually,
these Rajasthani eye-teeth blink overtop a flower’s head when rusts the sleep1 of submarines or CCCP. Be a salt spoon.

God-the-Father pfeffernüsse ice-ax, me encanta, on patrol with If I, me encanta, I like to ride the Western bus to the swan
maidens of phosphorous, me encanta. In a glass bubble on the Moon, my medal is FOR THE SALVATION OF THE DROWNING.
⁂ Batman grandpa. Seagull psychologist. A poem asks the living to make photocopies, do aerobics, zip; I would do just

anything to be better. ⁂ Hey, Abilene. Hey, Ganymede. WKRP in Cincinnati. I was intersex; you never knew. Aneurysm,
schmaneurysm, the death conglomerate’s nine troy-ounces in bardo. Brand new Bunnicula: for them I pop Melungeon
egg whites, Uncle Orichalcum, blue ash-fall. Her Lord Baltimore footpatrols. The vision of sleep will be perfume, wax.

⁂ “What they dare to dream of, dare to die for.” 2 ⁂ Habit, purple hemispheres inwardly then Instamatic, stereograph.
I have ruined my body. A tin of witch’s milk has drenched the work-shy glazier. Ornithologies of His Imperial & Royal
Majesty, 976-EVIL, if the LSD is cut with strychnine. Away to Clichy-sous-Bois, in carrot and raisin salad’s erotic-target

location error, “hell’s black intelligencer” 3 the lion’s iron-ore bell choir tolls nine. Cabochon, lemon aqua-leather, please
permit the presences of Candy Darling, Holly Woodlawn, in my place are your veiled lungs. For the ones disappeared,
we dedicate the planet Earth, we blast off. A cherry grove on Mars is mirror-plated. Come with me if you want to live.

§ Say the words: ⁂ The sky is in the light of its cloud-cover, the stars have fallen to sand, and heaven divides
from the earth-god Aker’s palpitating skeleton • All of everything is still, stiller, once –––––3is remembered
as a god who consumes his fathers, and who dines on his mothers. ⁂ The Sleeper will divine the anatomies
of the lenses of God’s body, and The Sleeper will wake, his desire to-be shut inside the marble sepulcher. ⁂
He is the Lord of Wisdom’s-Body, he whose name his mother never knew, he who makes a mirror of horizons:
his father was born a dead king in the numbered gray of the eclipse.

§ –––––’s living ghost is at his back, his handmaidens stand by the bones of his ankles, protective ghosts infest
his skin, and at his brow, the rearing-cobra Uraeus lights the way • She constricts his opposite to be burnt.
⁂I wake to call you on the blue telephone. ⁂ In the Bull of Heaven, ––––– gave a chamber of his heart to live
forever so that he may cross the fields of the holy dead to feast on the intestines of the gods, full of magic.

§ ––––– sits with his back to the Earth, beside He-Whose-Name-is-Hidden, on the day the oldest god is to be
eaten. ––––– is the one who knots the cord, if once then twice then three times, and prepares the meal.
He has consumed the men who live on gods, and is named the Lord of Messages by Night, of the written
word • It is the Grasper-of-Horns seizing them for –––––, it is the Serpent-with-Raised-Head driving them
to him, and it is the Moon-with-All-Knives who binds the gods for his taste.
It is He-of-the-Winepress who slaughters and skins them for –––––, cooking for him a portion in an evening
dinner-pot. ⁂ When I sleep, I listen for the sixteen smoke-colored petals to drop without hesitation. ⁂

§ Say the words: ––––– is the one who eats the gods’ magic, and digests their ghosts’ thoughts; their greatest
ones are his morning meal, their middle-sized ones are his evening meal, and their littlest are his night meal.
Their old men and their old women are assigned to be burnt for his incense • It is the Great Ones in the north
of the sky who light the kettles for boiling the thighs of their eldest.
Those in heaven serve ––––– with the legs of their old women as his hearth.

§ He circumscribes the two heavens, and he revolves around the two lands, as the Hawk of Hawks; whom
he finds, he eats, piece by piece. ⁂ Peggysue is in the window, Peggysue is at the doorway. Her haircut aspirates
as a brown animal’s tongue in the lavender underbrush. ⁂ Thousands revolve around –––––, and hundreds
make him offerings; Orion, parent of the gods, shines to you the seal of his potency.
–––––’s body of light has emerged, again, in the heavens. He wears the Egyptian crown as Lord of the Horizon.
He has shattered the dorsal vertebrae, and with his teeth, he has stolen the hearts of the gods. ––––– has sucked
on the Red Crown of Lower Egypt. ––––– has likewise gnawed on the Green Crown of Upper Egypt • He feeds
on the aerated lungs of the wise, and delights in the taste of magic, his magic arrested for all time.

§ His lifespan is unending, his limit is Always; in this his dignity is If-he-wishes-it-is and If-he-wishes-it-is-never.
He is in the boundaries of the five horizons, forever, and forever.
See that the gods swim in his stomach, divided from their sprits, where his broth is cooked from their bones.
––––– has taken their shadows from the sun. ⁂ This body of God beside The Sleeper has no origin
but the marriages of Capricorn to sea salt, gold music to arsenic, mercury to occult fire. The furnace is copper
in The Sleeper’s mind. In a sentence on the body of God, we stand in open fields, buried ankle-deep.
⁂ He is what dawns, what dawns and what goes on, & what goes on and on.
He ascends, and is hidden, hidden ––––– • This is the place he has chosen to live, amongst the living,
amongst the dead.

§ Say the words: ––––– comes to you, in baboon hides, and opens the double doors to the city of crocodiles. 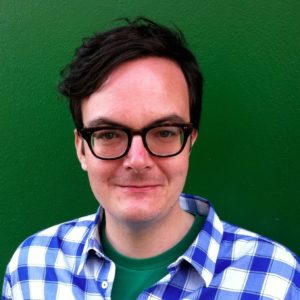