Corey Taylor on why his scream changed

the grasshopper sat on the ground

of the corn stalks that grow in straight lines

and separated the cicada from the tractor in its mind

only the tempo is different the clicks and the chirps

it drags you through the leaves the same way

it doesn’t wrap its entire leg any longer

the sound rises grows louder when the glasses run out

when no one needs the fermented stale seed juice

anymore the cricket sits on it slowly and clicks in

the throat harvests the saliva and lies down 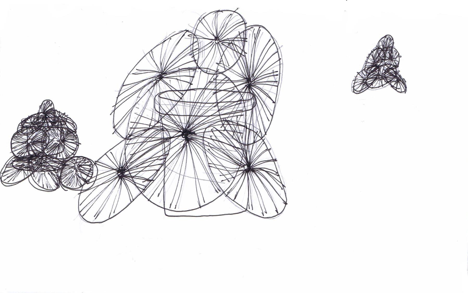 their heads flash and shine on the hill in the afternoon

then turn to the fields they flash

white when they notice us

but they don’t flail quick deer-

the outer aqueducts the lanes of the tourist

elevator shafts are being put into a 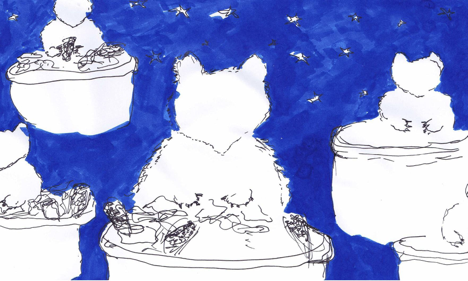 it picks up polly’s house rips off its roof

it squeezes the window out of molly’s room

it breaks open the threshold to dolly’s room

their ears hurt the cold blown into their hair

from the guest who no one called

the sound of so many dolphins

they warm them up in blue blankets

which way is the other ocean 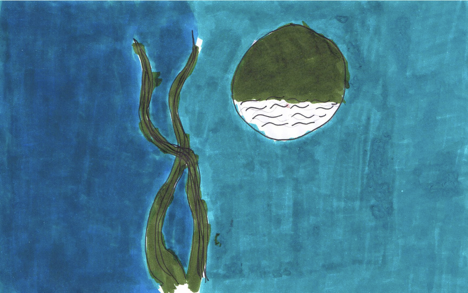 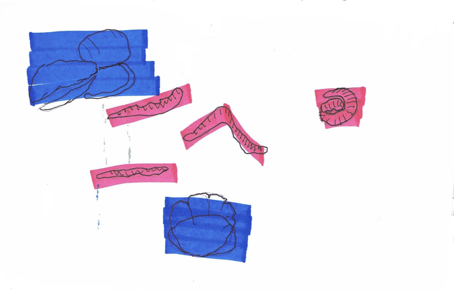 we sew small balloons on our skirts

that’s what we’ll use to fly to the geese

street lights how will we find our way

the geese left when we arrived

we were led here gathered around the lake

we will wait out the balloons and light up the fireplace

with the ribbons the gas will guide our umbrellas up

flick them off if they hold us down by our ankles 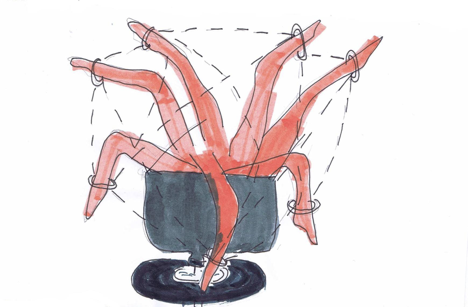 Kinga Tóth writes and publishes poems, fiction, and drama pieces in Hungarian, German and English. She is a musician, visual and sound-poet, and has presented her work around the world. Tóth’s book publications include the poetry collections PARTY, All Machine, Village 0-24, Wir bauen eine Stadt, and the visual-art catalogue Textbilder. Her novel, The Moonlight Faces, won the Hazai Attila and the Best Novel Special prize in Hungary. English translations of her poetry have been appeared in POETRY, Arkansas International, and the Wretched Strangers anthology by Boiler House Press. She was recently a resident of the International Writing Program at Iowa. She is currently in the process of completing Corn Songs. You can find more of her work at www.tothkinga.blogspot.de. 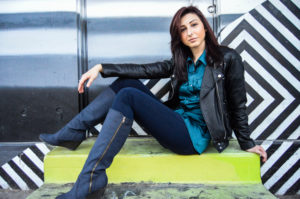 Timea Balogh is a Hungarian American writer and translator with an MFA in Creative Writing from the University of Nevada, Las Vegas. A 2017 American Literary Translators Association Travel Fellow, her translations have appeared or are forthcoming in The Offing, Modern Poetry in Translation, The Short Story Project, Two Lines Journal, Arkansas International, The Enchanting Verses Literary Review, and the Wretched Strangers anthology by Boiler House Press. Her debut original short story was published in Juked and was nominated for a PEN/Robert J. Dau Short Story Prize for Emerging Writers.  She divides her time between Budapest and Las Vegas. You can tweet her at @TimeaRozalia.