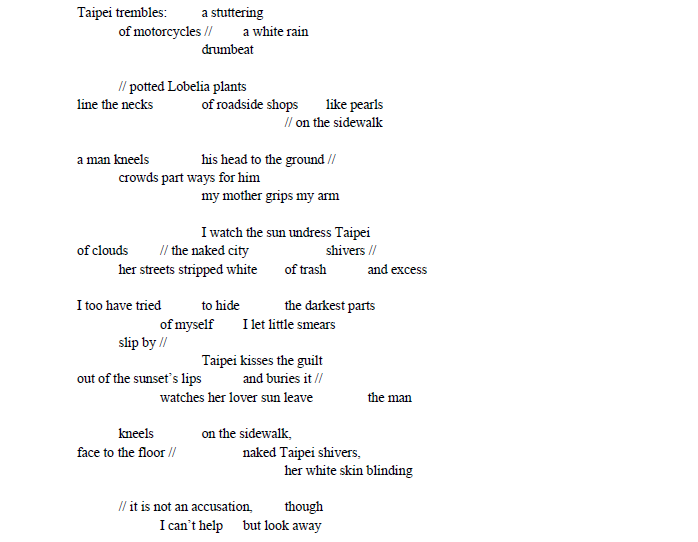 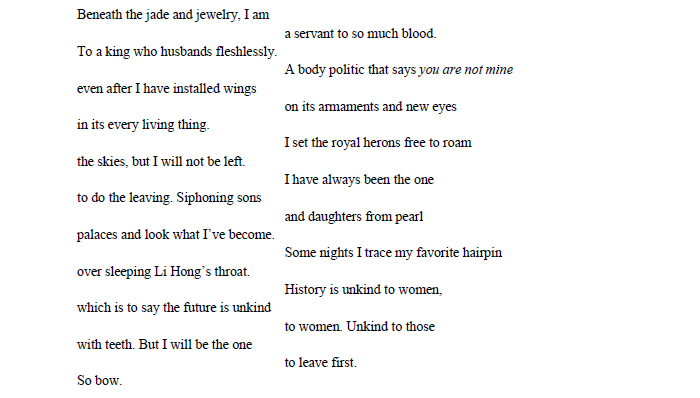 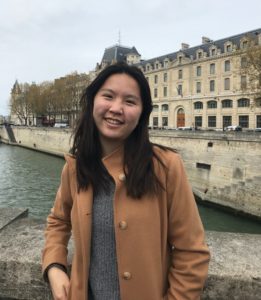 Esther Sun is a Chinese-American writer from the Silicon Valley in Northern California. A 2020 American Voices nominee, she has been recognized for her writing by the National YoungArts Foundation, the Alliance for Young Writers and Artists, and Bennington College. Esther’s poems are forthcoming from or have appeared in Vagabond City, Up North Lit, Anti-Heroin Chic, and more.