The Flattening of Safs

Saf identity is a phantom, a slippery notion of the impossible bringing about its destruction, but one, in all its elusiveness, that must exist: if there is Saf identity, there must be Safs as well.

The question is not whether Saf identity exists, but the space in which it exists points to a classification of Safs that falls within the interstices of Saf & in the process creates Safs which resist recuperation.

Every Saf has properties, so each one, perforce, could be placed in some binary. If Safs seem not to fit, this only means only that a new binary must be postulated.

Like any taxonomic approach, the mechanism to approach these sequences lack coherence: Saf identity destroys itself as an inadmissible notion of what it tries to describe.

In & of itself, the very nature of Saf gives us the tools to approach identity because it transpires at a time when nothing can prevent this from happening.

Safs that fall within the purview of the binary of Saf identity are a product of recuperative effort. Sometimes a recognizable Saf is the guiding principle, but in the absence of any guiding Saf, Safs can utilize Saf itself to form expectations.

Sometimes Saf binaries are viewed simultaneously, spasms that spread, run through the blood of non-Safs, of vessels & fingers.

While no Saf is beyond the reach of Safs, each evokes the enterprise of its process toward existence; it can never disguise itself as non-Saf, as much as it may try, so Safs will always find recourse in it.

Subsequently, no Saf is beyond recuperation because Saf, as a physical presence, is always a point of reference.

In the realm of physicality, it may take time to develop a navigable course through these binaries, and this physicality will always allow Safs to be developed according to, at the very least, a set of expectations Saf develops.

When considered together, these various aspects offer maps of identities or a mapping of consciousness. Safs then become a means of reading Safs, a key to understand markings.

If the key is missing, a map of a consciousness is a manifestation of an analogy in reference to its recuperation.

Even when obscured, bits & pieces of legible identity can remain oblique & inclusive.

The field of Saf identity is vast & if it’s true that binaries operate in the same manner, what transpires will likely produce an entirely singular set of identity expectations for each Saf.

Saf binaries oscillate between a clearly delineated manner & a gnarled tree. Even a blurred line provides a point of reference.

Oscillations may do little for the compositional makeup of Saf identity, but even in these shifts there is consistency. With consistency comes pattern, and Saf identity is nothing more than recognizable patterns of Saf vs Safs.

Not all Safs are so easy to delineate and are often misleading. One Saf may use the language of Safs but it may visually resemble Saf.

Rather than visuality giving Saf a manner to develop expectations, it misleads. Elsewhere, identity is the bombing of a bridge:

In the combed shards of the collapsed bridge, there are signs that it had not been blown apart. The bridge remains intact today, despite reports it is long gone.

Safs superimpose visual and linguistic expectations to undermine the role of Saf in the binary. This seems innocuous at first, but will eventually interrogate the indeterminate nature of Saf.

The constant present of frustrated identity, however, ultimately builds its own identity. After all, the history of Saf vs Safs can, with a degree of certainty, behave in a certain way.

There exist a number of Safs that are often described as indeterminate, which are more difficult to classify because they exist in a limbo state between binaries.

This limbo state trusts the generous spirit of Saf, of identity as an act more positive than creation, more creative.

The process is dependent on finding a determinate location for the indeterminate. Time, consideration & discussion, through & in the act of creation, will always identify Safs.

Often, though, Safs of an indeterminate nature have not had time to become determined & Saf exists in a world which cannot yet comfortably or accurately define it within the strictures of identity.

Those stable monoliths in which we usually find identity resist our best efforts & visual clues must be ignored.

The existence of any thing is not tied to whether an individual is equal with any other or not, but hierarchy & action are the death of experience too.

Safs might have a difficult, if not torturous & impossible, experience. Saf originally appears unrecuperable, but initial impression here, like with other binaries, are misleading.

If there are no patterns to be found in the binary, if identity cannot readily be made of the expectations, there is no denying that this lack is a means of approaching Safs.

Clearly Safs & Saf are not the same thing, but the two might have a closer connection than surface appearances might indicate.

The impetus behind the creation of Safs is the attempt to move the binary outside itself, to open it to new possibilities, contexts & realities.

These new forms variously manifest themselves in the blending, mixing & subversion of expectation. Saf & Safs alike confront the limits of their own identity. Ideally they will exceed those limits.

Though Safs themselves can be understood according to identity expectations, varied as they may be, there is always a consciousness behind those identities, and it might be in their consciousness that identity resides.

It may be they are the failed attempt to express identity free of the constraints of identity. Safs may seek to be exploratory & animate & profound, to touch blameless dreams.

Identity exists & functions in such a way that the manifestation of it will always be understood through the mediated experiences of those Safs interacting with it & it is always vulnerable to binaries.

Saf binaries are the dark gorge: there is descent to the primitive space. This fragile space of Saf vs Safs is freed from the physical act of identity and contains the moment of freedom, the act & simultaneity of silence.

Ultimately, Saf binaries seek to invade Safs unfettered, but this attempt will always be restricted by the conventions of identity itself.  It is always recognizable down to it’s smallest components.

Saf identity cannot achieve anything without Safs, but in the realm of binaries where non-Safs exist and are free of fixed, symbolic gestures, they can never be pinned down to expectation of any sort, and thus can never be bound by Saf. 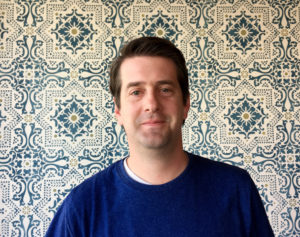 David Wirthlin is the author of Eits (Spuyten Duyvil, 2016), Houndstooth (Spuyten Duyvil, 2009 & forthcoming in the Dzanc Books rEprint series) and Your Disappearance (BlazeVOX [Books], 2009). His work has recently appeared in journals like The Journal of Experimental Fiction, Psychopomp,  and Sleepingfish. He holds a MFA from the School of the Art Institute of Chicago and a PhD from the University of Denver.He lives in California.